**fill everything, i put the bare necessities :)
**delete everything in parentheses

Code: [Select]
[b]name[/b]: (put the name of who you're auditioning for here)
[b]physical description[/b]: (i provided a basic one for them above so i need this to be more detailed, did you add any optional markings? What's their eye color if an option is to change it etc.)
[b]Persona description[/b]: (must be more in depth than the basic traits provided above while still following guidelines)
[b]Anything else?[/b]: (any questions? Something you may want to add/do but aren't unsure of? Ask here!!)

« Reply #4 on: April 11, 2019, 10:21:13 AM »
name: Natani Adebisi
physical description: Natani, marking and color wise, is the spitting image of her father. Her fur is a golden-tawny color that becomes a bit lighter  before fading completely to white. Her rosettes are black, and though they are less than her brother, she still has the concentration and 'clump' of rosettes along her spine, causing a darker 'gradient'. Underneath her darker lines, she has a few black dots, no more than two or three, under each eye. Here eye color itself is violet (?, check questions). She also has a small white decal, likely on her shoulder. Her body itself is lean, made for quick running. She is also small, petite, and fair. This lets her get to places that others cannot. However, this does not mean she is not muscular, as she is well-trained and well-adapted to environments, and has trained. She can hold her own in a fight.
Persona description: Being of royalty, Natani had always looked up to her father. She had not seen his darker side, only stories of the bastard children. She always felt iffy on the subject, but went with her gut, trusting her father had done what he had to in order to protect his kingdom. One thing she adored about him was his leader-like potential, and she decided to follow in his footsteps, having her own leader-like personality. Instead of a "might makes right" philosophy, she believes people can prosper by having them be affirmed. As such, she is compassionate, almost unusually so for someone of her status, and dedicates her time to helping others. Furthermore, she is empathetic, being able to 'sense', have an 'intuition', or guess other's emotions. She often feels the emotions of others, almost to an overwhelming point, and can tire somewhat easily. Natani also has some stereotypical royalty traits: being entitled and needing validation. Her childhood was rocky, as she always looked up to her father, which often times likely wasn't a good figure in her life. She feels like she missed out on what she deserved, and as such, strives desperately to get it. Even if she does not get what she wants, she'll stay quiet for a bit before it bubbles to the surface. She also does things to prove herself to others, acting very selflessly, and giving gifts to others are just some of these things. Due to her needing validation, she may act recklessly, do tricks, or something else just to feel like she is needed. One thing that should be noted about her is her independence and her curious, brave side. She realized a leader cannot have anything holding her back, so she became independent in order to be able to protect others that must be dependent. She became the person to lean on for the people that need to lean on her. As such, she had an exploratory side, exploring cliffs and mountainsides others would turn away from. She was often called brave due to this, behaving somewhat recklessly. She would lead these explorations. Another key trait is her sense of justice. She is hardly morally gray at all, and strives to do whatever is right. She likes laws and rules, as they give structure, and are based around morals. She keeps her own laws, ad does her best to enforce them. She is not afraid to say what she believes.
Anything else?: Can she have violet eyes? What does the small white decal from Adisa look like? Would she be an 'empath', with such definitons as: "one who experiences the emotions of others : a person who has empathy for others" and " a person with the paranormal ability to apprehend the mental or emotional state of another individual."

Yes her eyes can be violet :)

Um regarding her decal? (i thought I put it up above :) )
adisa decal: ShowHide 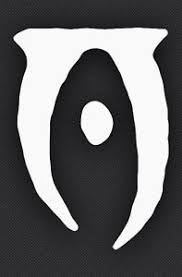 also accepted!!! Thank you for adopting her :) cant wait to see her in action :)


feel free to apply though!

With Quick-Reply you can write a post when viewing a topic without loading a new page. You can still use bulletin board code and smileys as you would in a normal post.

Warning: this topic has not been posted in for at least 120 days.
Unless you're sure you want to reply, please consider starting a new topic.

Note: this post will not display until it's been approved by a moderator.